Was the Myth of the Sword in the Stone Based On Bronze Sword Making?

The myths of the British Isles are some of the richest in the world, and few are more famous and iconic than the Sword in the Stone. 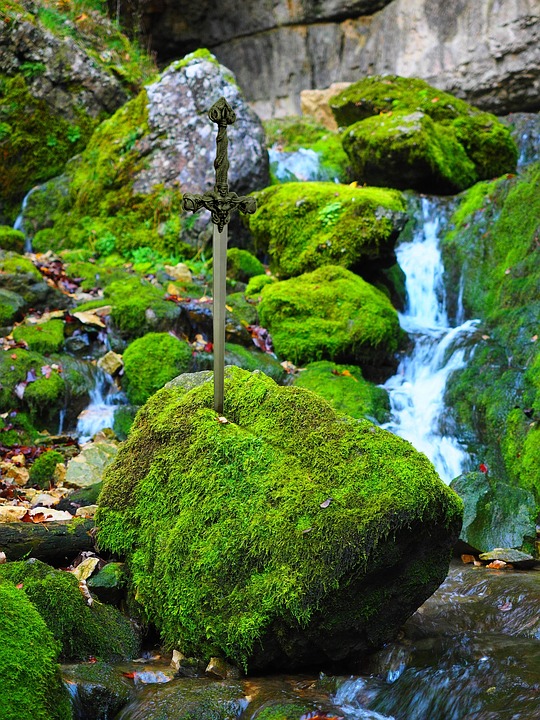 It’s a story that we all know – the magical sword, embedded in a huge stone, which cannot be drawn by any but the rightful king. Incorporated into the legend of King Arthur in the 5th century, this myth of the king-making sword being pulled from a stone is actually much older, and there are some scholars who believe that it dates back thousands of years, to the Bronze Age in Britain!

Britain in the Bronze Age

The British Isles were a series of tribal nations in the Bronze Age, ruled by local kings and chieftains who were often at odds with one another. Despite this disunity, however, there was plenty of opportunity for trade, and many items travelled thousands of miles to and from the island nation, fetching high prices in far-off lands.

The most important of these goods for the British people was tin, mined from Cornwall. Tin is a crucial component of good-quality bronze, and made it possible to craft excellent weapons, armour and tools when mixed with the more widely-available copper.

Trade in tin and the bronze it made was therefore a big part of the Bronze-Age British economy, and incredibly skilled craftsmen made their homes in the British kingdoms where this trade flourished.

It’s here that the Sword in the Stone comes in.

The Maker of Kings

A sword (like the ones you’ll come away with if you make a sword at Molten Bronze) was an incredibly precious thing in the ancient world. Some modern historians believe a sword in the Bronze Age had equivalent value to a modern house!

They were extremely difficult and labour-intensive to create, needing specialist tools, expert knowledge and large amounts of expensive bronze, and so, naturally, they became a symbol of nobility and power.

Only the powerful chieftains and kings could afford them, and before long, the bronze sword was synonymous with kingship and the right to rule over lands and peoples.

Pulled from the Stone

As well as their status as kingly symbols, fit only for the most noble and powerful warriors, the best evidence for a Bronze-Age “Sword in the Stone” myth comes from the actual process of making these swords.

To make a sword out of bronze, like you’ll do at the Foundry, craftsmen first melted and mixed the copper and tin (both of which would have been sourced readily from resource-rich Bronze Age Britain), and then poured it into a thick soapstone mould.

The metal cooled, and once it was cool enough, the stone dies were released, breaking open – and allowing the craftsman to literally pull a kingly sword from the depths of a stone.

Make Your Own Sword Fit for a King

If you’re interested in making a sword (and be honest, who isn’t interested in making a sword?) then you can book a place on one of the Sword-Making Courses at Molten Bronze today! Set in the idyllic Welsh countryside, our workshops have accommodation and food included in the price, and every member of your group will leave with a beautiful Bronze-Age sword, made with traditional methods over two days.

If you’d like more information about our courses and products, or if you’d like to book a space on any of our events, you can get in touch at any time by emailing Dave on dave@bronzeagefoundry.com – he’ll get back to you as soon as he can! 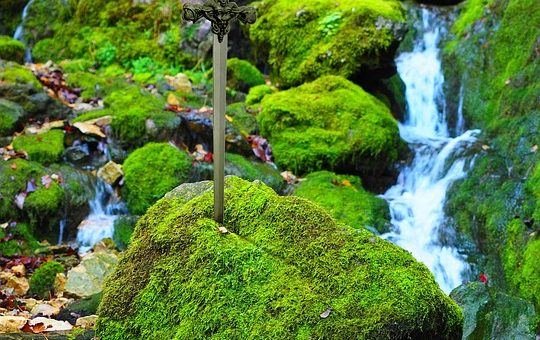 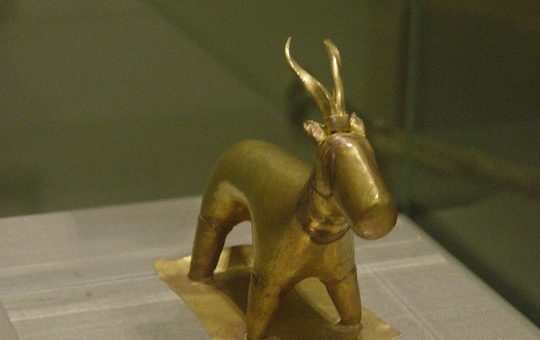 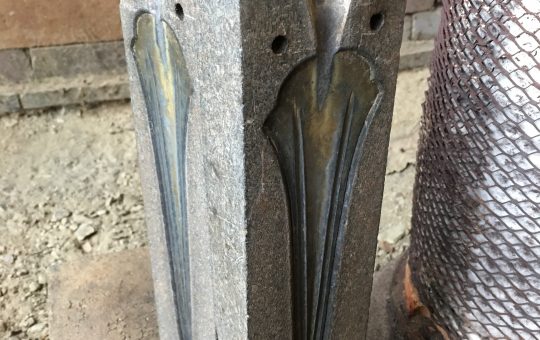